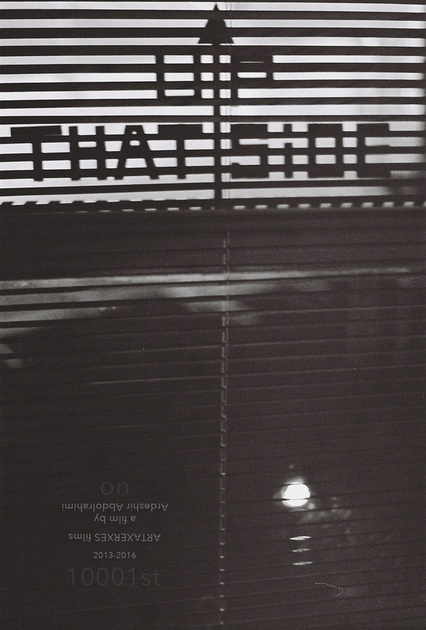 1490 days ego, Friday 13th of April 2012, on the 8510th night I shot "Very Good Bye", an experimental short film with a minimal cast and crew. It was the most personal film so far and remains for those days. ( Watch here )

" That Side Up " is a film about the things that happen or began to appear slowly but on a relatively large scale.

Footages are from 2013. Edited in different times from 2013-2015. At some stage, I started to take timer shots of myself during the night while I'm sleeping to check my sleeping pattern and how much I move during the night. Sometimes to catch the moon moving across my window as well. One morning as soon as I woke up, I pushed the record button, I went back to the bed, got up again and that became the first shot for this project. I grabbed the phone and played a shuffle song ... and that became the theme song.

The film was shot on Nikon D7000 SLR and actions are partly real life and partly spontaneous act.

I began to shoot at different times throughout months. Almost a year after I started to select and edit the footages.

Making of " That Side Up " was a journey that ends today.