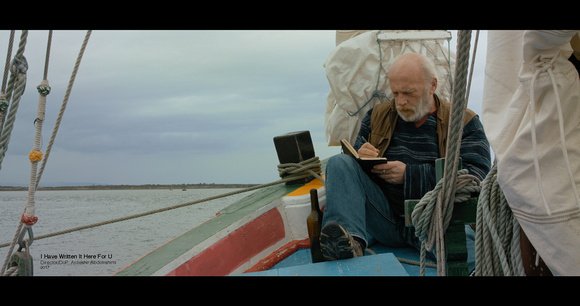 6 months of writing script, 4 month of pre-production and today was officially our first day of production. Flying from London to Lisbon ( Portugal ) to shoot the part of "Warrick" the guy who is going to sail on his sailboat, alone. One of the three parts of the script consist of 7 scenes.

Being well prepared in terms of production during last 4 month, which Rika (Producer) specially had a huge contribution to it and excited to work with my beloved and fantastic cast and crew, we drove to Luton airport at 4 am to catch the flight at 8 am.

Gate 20, 7 am, Easy Jet Airline is boarding us to the flight. Rika, Tim, Dominika and Martha are cleared to the airplane. " Sorry sir you might have a problem " and 5 minutes later after calling the supervisor and half of the airport staff and showing my passport to other colleagues the guy on the boarding pass to me: "You are not flying"... BooM ___ Suddenly the story of this book changes its direction.

Long story short " Welcome to the life of an Immigrant "

I was not allowed to fly to Lisbon and after being escorted out of the arrival terminal I was advised to talk to Easy Jet Airline costumer service in departure terminal. Spending a couple of hours to discuss my situation to the most nonsense costumer service, made it clear that I am not going to Lisbon without an official permission from the authorities of Portugal! Finding the "authorities" of Portugal meant spending 3 hours on phone and finally finding out I need to come back to central London and get myself there before 4pm. I got there 3:30pm and was able to talk to someone but it seemed they are not the one who gives the order either and I need to get in touch with another organisation which is been already closed at 3pm.

Friday afternoon 5pm. I tried my best to get any flight to Lisbon, but it was obvious by that time that I won't be able to be with my cast and crew for the shoot on the boat.  Alternative plan which was already was being discussed from early in the afternoon was that I am going to direct the scene from London and using skype.

Meanwhile I have been riding my motorbike on my way to home that ... BooM ... I crashed hard to the ground because a lady decided to cross the light when it is green for drivers and I had to break hard to avoid crashing to her. However, the impact and the pain of this crash was not even close to the one in the morning at boarding pass ___

Zero ours of sleep from the night before and a long and frustrating day leads to now 27th January, 1am.

The list of the events from today goes a long way but the truth is I really feel that I am being pushed to the limit with this project so hopefully it means growth.

I was actually very positive about the shoot. However, 9 out of 10 things during two days shoot went wrong, weather condition, internet connection, etc. I have to say that such an unfortunate start for our production days made it extremely hard for me to concentrate on the rest of the shooting days in London. The hardest part was that if I was going to break or show any sign of that, then other cast and crew members would be effected and things could get to nowhere.

Two other days of shooting on 13th February and 13th of March went pretty smooth and made us feel better at the end of the day.